Nandina and its Effects on the Environment 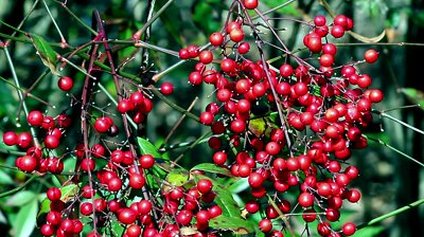 About the Plant
Nandina, as pictured, is a plant with red berries that allow it to spread quickly and easily.  The berries are attractive to many native birds which is becoming an issue in itself.  These berries may look and taste good to the native birds, however, it is poisonous to these birds and causing them to die.  As well as the issue of killing native animals, it is also displacing native plants that not only house these birds and other specimens, but also provide a source of food for them.
How to Eradicate Them
Because Nandina has a large root system, they are difficult to eradicate.  In order to eradicate them you must chop the berries off carefully to avoid spreading, and dig underneath the roots so nothing is left able to grow.  Once this is done it brings a problem of erosion within the soil.  In order to stop erosion you can either lodge a stone into the hole, or the preferred method of replacing it with a native plant such as "wax mallow"(LBJ Wildflower Center).  This will allow the native plant to begin repopulating the area.  Dispose of the seeds into a compost pile and make sure to turn compost many times until it is no longer able to grow from the seed or dehydrate in a bag and throw it away. 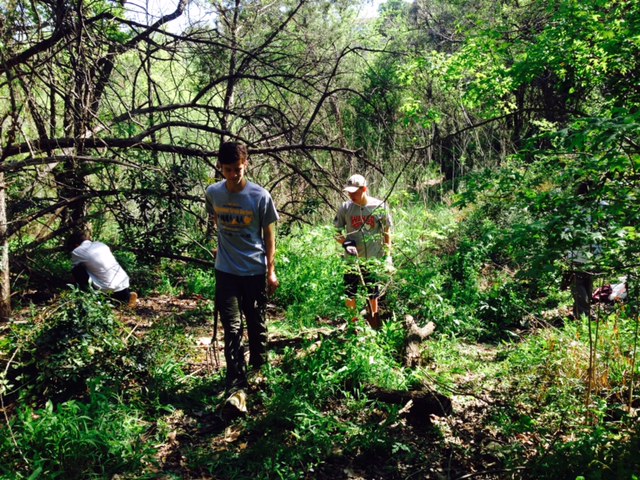