Invasives in our community

"No matter what people tell you, words and ideas can change the world." -Robin Williams

Method to our Madness 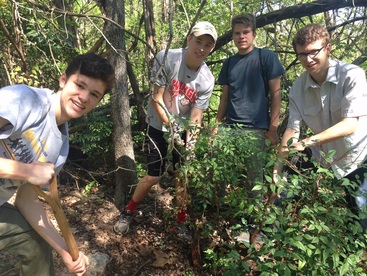 Months ago we were assigned this project.  It was like an open book needing to be filled with our writing.  We were given the choice of what group we would like to be a part of and began from there.  (4/6 group members… Left to RIght: Joe Williams, Charlie Kuykendall, Jamey Stone, and Sebastian Bell)

Ideas were spread and we eventually narrowed our focus to Invasive Species.  We knew this idea would be different and strange to many, but we were up for that.  We began researching day after day and organizing interviews with experts who would then be  a major source of our information.  Each of us interviewed different experts and asked different questions allowing for the maximum amount of questions answered.
After information was gathered, planning began.  We began with the idea of advocating for our topic at a local school, but after being denied twice, we decided to move on to plan B.  Plan B was to gather our group and others to come help us eradicate a local invasive in our very own Greenbelt.  This obviously wasn't easy, we had to cross a few obstacles. 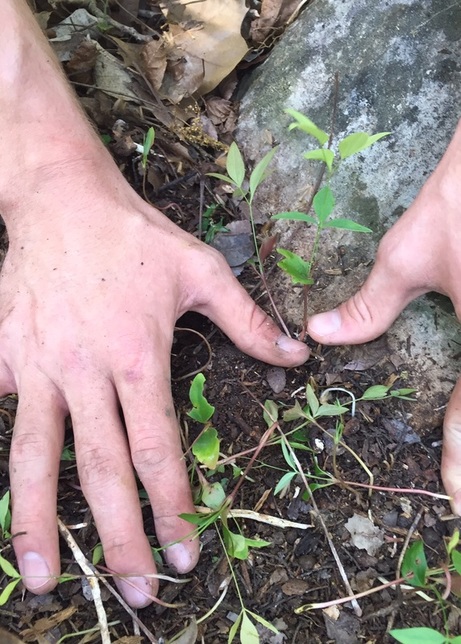 As the project began to come to a close, and we had advocated as much as possible, we decided that learning could also be fun.  Because of our location being in the Greenbelt, we decided to cool off a bit by swimming in the cool river water.  It did not disappoint!

Reflecting Upon the Experience

This experience of going into the world to help a global issue was very interesting to me because of the tremendous amount of planning,  The most difficult part being the set up for the interview because it involved a real experts time that he was not willing to waste.  However, quickly we realized, education was important because it meant that we would be able to go out into the real world, see the issue, and have the knowledge and tools to do something about it.